According to data released by the National Bureau of Statistics today, in July, affected by multiple factors, major macro indicators have generally fallen, external demand has weakened, investment growth has declined slightly, and consumption recovery has been disturbed.

Major economic indicators fell across the board

External demand has weakened, and export growth has dropped significantly. From January to July, the total value of national exports (in US dollars) increased by 35.2% year-on-year, of which July increased by 0.4% month-on-month and 19.3% year-on-year, down 12.9 percentage points from the previous month.

Affected by the fall in demand, lack of coal and electricity, and limited production of steel, industrial production has slowed down significantly. In July, the value added of the industrial enterprises above designated size increased by 6.4% year-on-year in real terms, and the two-year average growth rate was 5.6%, which was 0.9 percentage points lower than that in June. Among them, the added value of the manufacturing industry increased by 6.2% year-on-year, which was a significant drop from June. The performance of main steel products was differentiated. The output of industrial robots increased relatively rapidly, and the output of automobiles and generator sets decreased significantly year-on-year.

On the whole, the momentum of economic recovery has further weakened, with the impact of temporary unfavorable factors such as epidemics and heavy rains in some regions. However, the economic data has fallen more than expected, and there are also endogenous structural downward pressures that drive the real estate recovery after the epidemic. The two major momentums of investment and exports are declining, manufacturing investment is difficult to hedge, infrastructure investment is sluggish, consumption is recovering slowly, and the window period with less pressure to stabilize growth has passed.

Policies to stabilize growth may be strengthened

The Politburo meeting on July 30 emphasized that it is necessary to do a good job in the cross-cycle adjustment of macroeconomic policies, and make overall plans for the convergence of macroeconomic policies this year and the next. On the basis of maintaining continuity and stability, the policy will take into account both the short-term and the medium- to long-term. When the economy is facing greater downward pressure, the policy may tend to be loose to underpin the economy, while leaving room for next year. In the long run, it will continue to promote economic transformation, support technological innovation, and cultivate new growth drivers such as new energy and digital economy.

Monetary policy is expected to be stable and loose, to maintain reasonable and sufficient liquidity, and commodity prices are still high. The PPI and CPI scissors gap widened in July, and the RRR will be cut again in the fourth quarter to ease the operating pressure of small and medium-sized enterprises in the middle and lower reaches of the industry. Fiscal policy is used to stabilize growth, grasp the progress of local government bond issuance, and accelerate the construction of major engineering projects.

There is room for repairing infrastructure and consumption

In the later stage, the supply of overseas economies has recovered, and the demand for goods has gradually slowed down. The new export order index of my country’s manufacturing industry has fallen for four consecutive months, and has been in a contraction range for three consecutive months. It is necessary to pay attention to the impact of export changes on the production side.

In terms of domestic demand, the completion of real estate has maintained a large scale, the leading indicators of Sino-Singaporean construction continued to weaken, and the sales of commercial housing have significantly cooled. Under the background of continuous deepening of policy control, investment will be under pressure; Preventing local government debt risks and infrastructure investment stimulating bulk commodity prices. Later, the economy will face downward pressure. The issuance of special bonds may accelerate at the end of the year, which will promote a moderate rebound in infrastructure investment, but its supporting effect on the economy may be relatively limited; manufacturing investment will continue to recover However, due to weaker domestic and foreign demand, the cost pressure of enterprises is still great, and the upward trend may be restricted to some extent.

The policy taps the potential of the domestic market, and consumption will further recover. Due to the repeated and frequent spread of the epidemic, it may be difficult to return to normal levels within the year.

After the epidemic, the “unusual” growth of steel consumption is unsustainable. As economic growth returns to normal and faces downward pressure again, it is necessary to pay attention to the risk of unexpected contraction of steel demand. (Reproduced from Lange Steel Research Center) 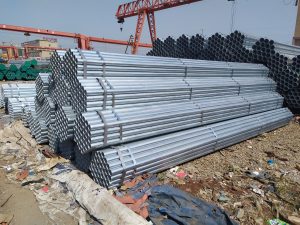 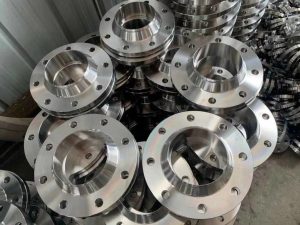 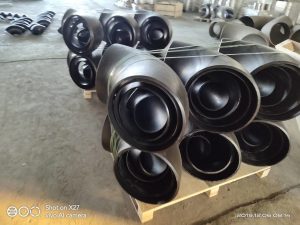