Damage and repair of oil and gas well casing

The manufacturing process and popularization and application of thick-walled pipe

Last week, the domestic futures market prices accelerated, especially the rapid performance of the futures market, with the highest price increase of nearly 600 yuan at one time!

Among them, under the blessing of production restriction and safety production and other favorable factors, Bijiao has repeatedly set record highs, reaching 3000 yuan and 3800 yuan, and thread and hot coil futures have broken through the previous pressure level, with the highest standing at 5700 and 5900. Yuan Pass. Only iron ore is negatively correlated, and it has fallen all the way to a low of 710 yuan in the past 14 months.

Over the weekend, continued to break through the obstacles, superimposed on multiple departments to cool down, the bifocal at the cusp of the storm took the lead to adjust, and the diving accelerated in the afternoon, and the growth of thread and hot-coil futures also retreated significantly, and the trading atmosphere in the spot market gradually turned cold.

This week is about to enter mid-September. Will the steel market continue to move up or enter the adjustment market? What are the factors worthy of attention?

In the later stage, we need to pay attention to two continuities and one uncertainty. One is the continuity of demand. After the explosive volume of transactions this week, demand overdraft is obvious, market transactions tend to be weak, terminal and speculative demand is significantly reduced, and the market fear of high and wait-and-see psychology has begun to dominate. If the follow-up continues to be weak, it is not ruled out that there will be shocks and vomiting in the market;

From a general perspective, as the country’s structural adjustments to real estate are imperative, the impact of real estate on the economy will decline, and it is beginning to mention moderately advanced infrastructure construction. In addition, the National Development and Reform Commission agreed to the National Railway Group to issue 300 billion yuan of China Railway Construction Bonds, of which 130 billion yuan will be used for railway construction projects, and 170 billion yuan will be used for debt structure adjustment. The impact of the market is more important.

The other is the continuous issue of production reduction, strict control of the production capacity of high-energy-consuming and high-emission industries, the full presence of environmental protection groups in various regions, and the progress of the announcement of the “Implementation Plan for Carbon Peak in the Iron and Steel Industry”. The support for the market is still .

The uncertain factor is that the country’s tolerance for high prices is also more urgent. This week the National Development and Reform Commission once again emphasized the elimination of malicious speculation on coal prices, price hikes, hoarding and other behaviors. The DCE has adjusted its handling fees for coking coal and coke. The Coal Transportation and Marketing Association also stated that the price of coking coal cannot rise in an orderly manner, and market sentiment tends to be cautious. The game between supply and demand, reality and policy will continue in the later period.

From a technical point of view, one is that, except for iron ore, all are currently in the upward channel; the second is that it has reached a staged high; the third is that opportunities and risks coexist.

In particular, bifocals have repeatedly set historical new highs. The pressure on the upper side is very obvious. Thread and hot coil futures are roughly the same. Take the thread as an example. If 5700 is stable and there are new driving benefits, the possibility of breaking through 5800 exists. When encountering obstacles and even the reality is not as expected, the chances of turning down will increase significantly. 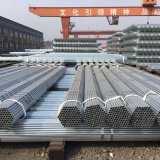 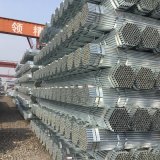 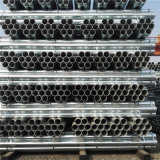